Maximizing the lifetime of graphite degassing consumables is critical to decreasing downtime and improving process efficiencies.

“Foundry managers count on their degassing shafts and rotors to perform at a high level for an extended period of time,” says Nicola Goulbourne, Pyrotek Sales Engineer. “Premature wearing and breakage is just too costly, both due to parts costs and maintenance downtime that’s inflicted.”

CASE: A major high-pressure die caster in Europe that produces automotive castings was experiencing poor performance from its graphite degassing shafts. Using a continuous degassing method, the shafts were constantly immersed in the aluminium. After only two weeks, the shafts were wearing very thin at the metal line and breaking.

“Increased lifetime on something like a degassing shaft can equate to thousands of dollars saved on downtime and replacement costs,” says Goulbourne.

So, a side-by-side trial was conducted. The current shaft in one degasser. On a second degasser, Pyrotek’s graphite degassing shafts with a reinforced fiberglass material (RFM®) sleeve. Note: Pyrotek uses an in-house developed process that gives its ZX-grade graphite twice the oxidation resistance of standard graphite. Oxidation resistance is increased with the addition of the RFM sleeve, combining for maximum product life.

The results of the trial were conclusive: By using Pyrotek RFM sleeved degassing shafts the company calculated it could reduce the number of degassing shaft and rotor sets needed annually per machine from 12 to 4, a potential annual savings of nearly USD$25,000 for their 9 machines. 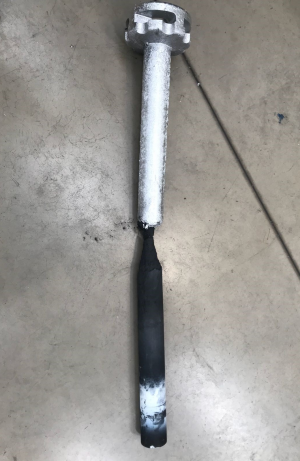 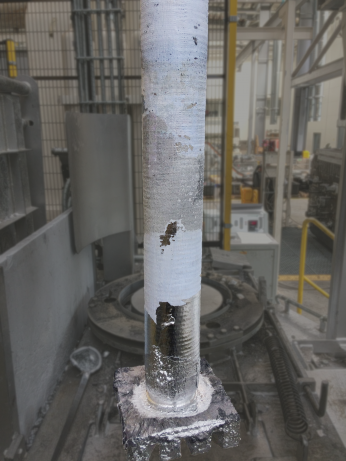